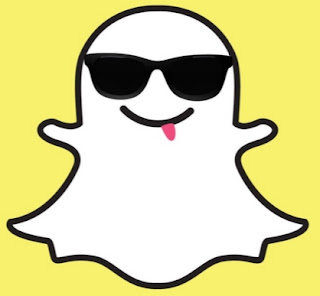 The company just released an update they’re calling Snapchat 2.0, which turns the app into, among other things, a multimodal chat platform.

It's spring cleaning time. Check out our 10 online safety tips from Google

https://get.google.com/tips/#!?category=online-safety
at 11:52 AM No comments:

School Bullying: Are We Taking the Wrong Approach?

Yes. School culture, especially focusing on connecting kids with adults, is one of the best anti-bullying strategies available.

Is it Rude, is it Mean or is it Bullying? 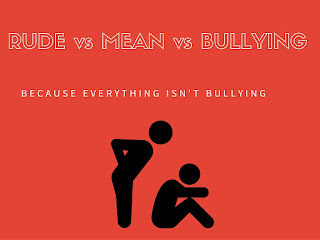 I don't know about you but I grow weary of the constant reports of students being "bullied."  Now I know there are children who are truly being bullied, who are afraid to come to school, find it difficult to concentrate on their work, have no friends, and are withdrawn and depressed because of the constant abuse of a school bully.  When real bullying occurs, I am the first to advocate for any student in that situation.  I investigate each claim and I do everything I can as a School Counselor to empower and support the student targeted, involve parents and administration who address the situation from a  legal and disciplinary angle, and get help for the bully.

To help create the best version of your online story, remember to think before you share. Anything you post online can be forwarded, copied, and found, and travel farther than you intended it to. What you share, and who you share it with, can end up saying a lot about you. So remember to be thoughtful!For more information about Tip 1: Think Before You Share, the Online Safety Roadshow, and other great tips to help keep you and your family smart and safe online, check out:http://google.com/safetycenter

March 16, 2016
Contact: Nancy Willard
Cell: 541-556-1145
Email: nwillard@embracecivility.org
Helping Young People Embrace Civility in a Society Gone Nasty!
New free program to help young people embrace civility and foster positive relations is now available for schools and youth organizations.
Young people have been witnessing a horrifying display of lack of civility by some who seek the highest position in the U.S. Government. Too often, reporters refer to the displays of coarse and prejudiced behavior as “childish.” This reference is demeaning. The overwhelming majority of young people do not engage in similar behavior--further they do not admire those who do.
Educators are expressing increasing concerns about the harmful impact of such lack of civility on our young people. How can we help to empower young people can embrace civility and foster positive relations, especially in the current climate?
Embrace Civility in the Digital Age is releasing a Be a Leader!, a powerfully positive, thoroughly research-based instructional program for students. Be a Leader! has activities for both elementary students and secondary students. Program materials include an instructional guide, slideshows for both secondary and elementary grade levels--the slides of which can be used for posters--and a student activity guide for the secondary level. Educators and others can also review the research basis for the program.
Be a Leader! promotes the actual norms of young people. Research by Embrace Civility in the Digital Age documents that young people do not admire those who are hurtful or those who support those being hurtful. Young people admire those who are consistently kind and respectful and who step in to help if they witness someone being treated badly or left out. Further, young people admire those who, if treated badly, respond in a powerful, positive manner, as well as those who, if hurtful, stop themselves and make amends.
Be a Leader! focuses on five action areas for young people to embrace civility and foster positive relations.
•   Reach Out. Young people can assist those who have been treated badly or left out by reaching out to be kind ,including them.
•   Say Stop. Working with a group of individuals who are concerned about such hurtful behavior to communicate the importance of civility can be very effective. Further, sometimes the friends or allies of those being hurtful can privately advise them of the need to stop.
•   Report Concerns. Young people play an important role in recognizing when a situation present serious concerns for the well-being of others and should be reported to those in higher positions of authority.
•   Stop, Own it, and Fix It. Young people who have been hurtful can learn to stop themselves, acknowledge personal responsibility, and take steps to remedy the harm that was caused.
•   Be Positively Powerful. Those who are treated badly can become more powerful and respond in positive ways. They can also gain greater personal power and resiliency.
Educators and others who work with young people can use the current nasty “teachable moments” as an opportunity to help young people decide to forge a more kind and respectful path for themselves and their communities.

About Embrace Civility in the Digital Age

Embrace Civility in the Digital Age promotes a 21st Century approach to address hurtful youth behavior.  This approach promotes the positive values held by young people, empowers young people with effective skills and resiliency, and encourages young people to be helpful allies who positively intervene when they witness peers being hurt or at risk. This approach also focuses on increasing the effectiveness of adults in supporting young people and effectively responding to the hurtful incidents that occur.
Website: http://embracecivility.org

Nancy Willard, M.S., J.D., Director of Embrace Civility in the Digital Age, brings a background of working with emotionally challenged students, law, and digital technologies to the challenge of fostering positive relations in the digital age. Nancy is the author of the first book ever published on cyberbullying, Cyberbullying and Cyberthreats (2007). She is the author of several other books and frequently contributed articles to publications for educators, such as District Administration.
at 5:07 PM No comments:

Kiddle is powered by Google Custom Search but is not affiliated with Google Inc. 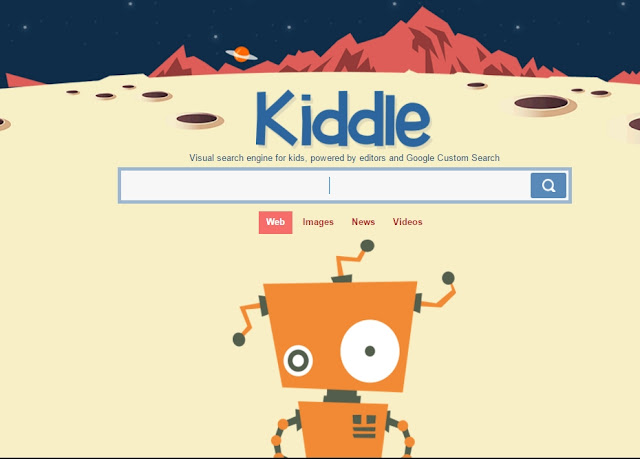 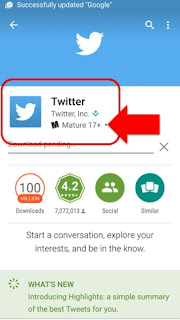 One of many examples:

Is your Snapchat being spied on?

"Snapchat has always been vulnerable. There is no technology that can afford anyone a hundred percent of privacy or security," said Dr. Sabella.
Read more: http://www.fox4now.com/news/is-your-snapchat-secure