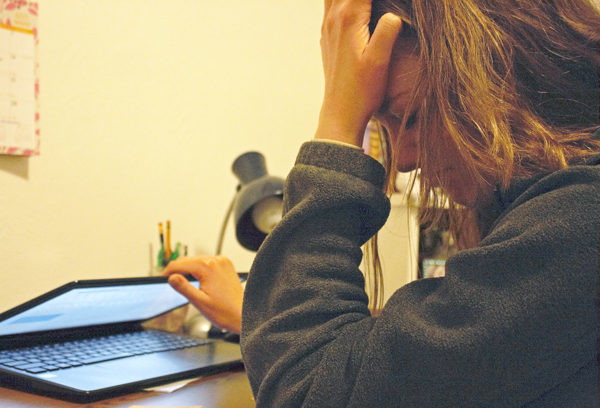 Breelyn Bowe | The Mirror
Individuals who partake in cyberbullying may get penalized with fines or jail time as a result of a new bill that would update Colorado’s harassment code.
In a train of events that has become all too familiar to a generation of young Americans, Douglas County cheerleader Kiana Arellano attempted to take her own life in 2013.
She did so in response to wave after wave of cruel, hateful comments received from her peers via social media and text. Arellano was reached in time for her life to be saved, but every year, many teenagers and young adults are not.
Read more: http://www.uncmirror.com/news/view.php/861954/Cyberbully-be-warned
at 9:22 AM