You Raise your Children; I Will Teach them French: Rosalind Wiseman at TEDxTeachersCollege


Published on Aug 22, 2012
In this talk, Rosalind Wiseman addresses the complex problem of bullying in schools, and how administrators and parents need to support kids to make schools the safe places that they should be.

Rosalind Wiseman is an internationally recognized expert on children, teens, parenting, bullying, social justice, and ethical leadership. She is the author of Queen Bees and Wannabes: Helping Your Daughter Survive Cliques, Gossip, Boyfriends, and the New Realities of Girl World, the groundbreaking, fully revised edition of her bestselling book that was the basis for the movie Mean Girls.

TEDxTeachersCollege 2012 explored innovations in international education at Teachers College, Columbia University, one of the leading schools of education in the world. The full-day event covered themes about education, policy, peace and justice, technology, and gender identity. For complete coverage of the conference, visit www.tedxteacherscollege.com
at 12:13 PM No comments: 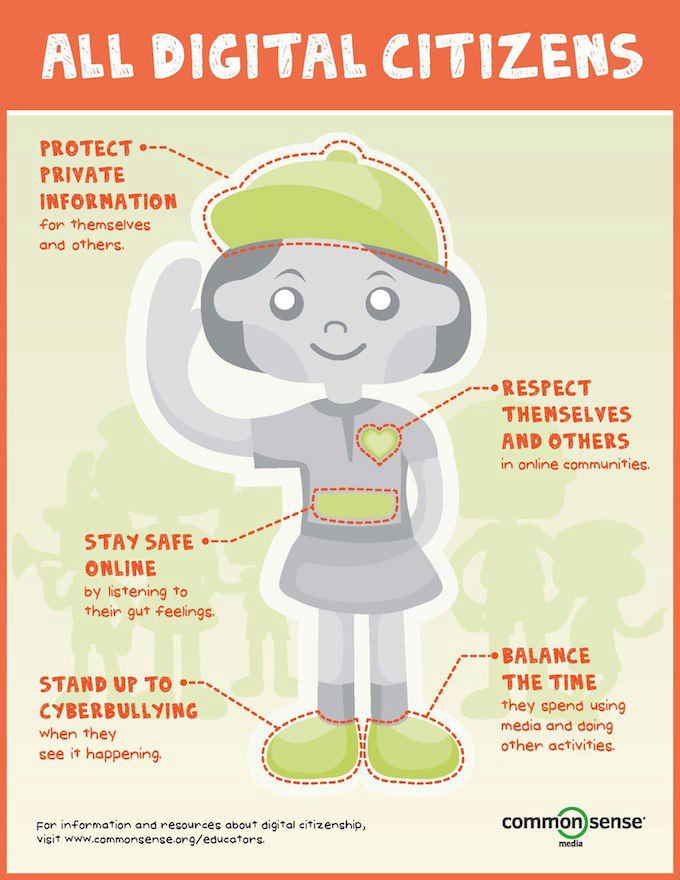 Source: https://www.commonsensemedia.org/
at 10:50 PM No comments:

Video games, social media and mobile phones play an integral role in how teens meet and interact with friends.

This report explores the new contours of friendship in the digital age. It covers the results of a national survey of teens ages 13 to 17; throughout the report, the word “teens” refers to those in that age bracket, unless otherwise specified. The survey was conducted online from Sept. 25 through Oct. 9, 2014, and Feb. 10 through March 16, 2015, and 16 online and in-person focus groups with teens were conducted in April 2014 and November 2014.

Top 10 Board Games For Tweens 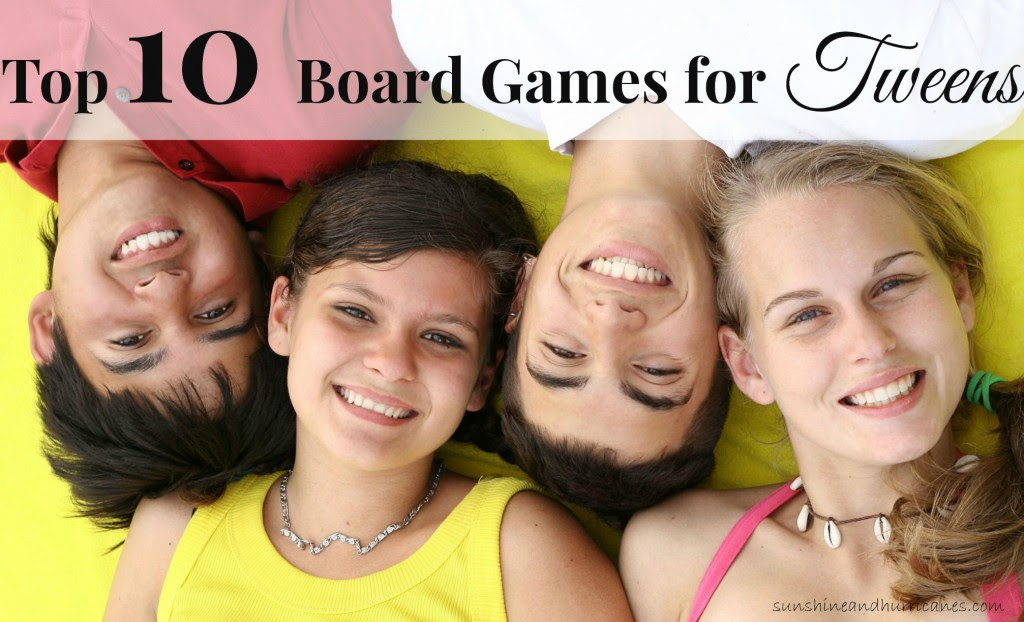 Having a family game night has been a fantastic way for our family to connect, unwind and led to lots of laughter and memorable moments. As our kids get older, it can be more difficult to find games that appeal to everyone, are actually fun to play, and involve some thought process.  I’ll be the first one to tell you that I do not enjoy mindless preschool games…. for more on that, check this out.
Read more: http://www.sunshineandhurricanes.com/top-10-board-games-for-tweens/
at 1:22 PM No comments:

Email ThisBlogThis!Share to TwitterShare to FacebookShare to Pinterest
Labels: gaming

3 Kinds of Apps That Stir Up Drama in Schools

If your kid is among the 73% of teens who have access to a smartphone, you're well aware of the app obsession that can take over a brain and body in seconds. Multiply that by the average student population at your middle or high school, and you see the problem many schools are facing this back-to-school season. For teens, smartphones + apps = social networking. And where there's social networking, there's sure to be drama.
Read more:
https://www.commonsensemedia.org/blog/3-kinds-of-apps-that-stir-up-drama-in-schools
at 2:48 PM No comments:

Please tell your friends on Facebook and Twitter to like our page at www.facebook.com/missingkids and help bring more children home. The more people who see photos of missing children and their abductors, the better the chance someone, somewhere will recognize them. 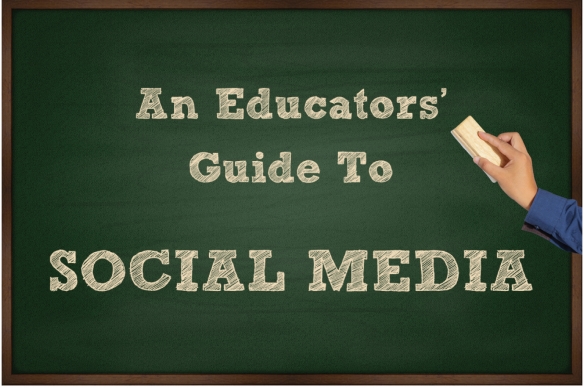 Click here for The Educator’s Guide to Social Media’ (PDF) and more!
http://www.connectsafely.org/eduguide/
at 8:50 PM No comments:

This talk was given at a local TEDx event, produced independently of the TED Conferences. Have you ever done or said something and wished you could take it back? Cyber bullying is a bigger problem than you think. There is a solution. ReThink about it...

Trisha Prabhu is a 14-year-old student at Neuqua Valley High School in Naperville, Illinois. From a young age, she has been fascinated with the inner workings of the brain. In 2013, Trisha heard about young girl’s suicide due to bullying on the Internet and set out to find a long-term solution to cyber-bullying.

Her research led her to create the product Rethink, which won her a spot as a Google Science Fair 2014 Global Finalist. Rethink gives adolescents who are trying to post an offensive message on social media a second chance to reconsider their decision. Her product idea also won first prize at the PowerPitch Competition at 1871, Chicago’s technology and entrepreneurial hub. Rethink has been covered on Business Insider, International Business Times, Huffington Post and several other media outlets. She currently holds a Provisional Patent with the United States Patent and Trademark Office for Rethink.

Prior to her Rethink project, Trisha researched the brain’s role in the cognitive distraction that causes distracted driving. She won a Gold Medal Award from the Illinois Junior Academy of Science for her work. She is an advocate of STEM in education and believes that technology is the future of tomorrow. She has spoken at education and technology conferences in the Chicago area.

Aside from her love of science and technology, Trisha is a published author of four books. She was also named Chicago’s Financial Literacy Ambassador by the Federal Reserve Bank of Chicago.

How to Activate Google Safe Search

Source: Click here.
With Google SafeSearch sexually explicit images, videos and results that may link to explicit content get filtered out from your search results.
To activate SafeSearch from the Google homepage, find the “Settings” button in the lower right hand corner and select “Search Settings”
You’ll see “SafeSearch filters” as the top result. Check this box to turn on SafeSearch and click “Save” at the bottom.
As Google indicates here, the filter won’t catch everything, but it will hide most adult content. You can also lock SafeSearch by confirming with your email address to keep children from changing the settings.
You can even set SafeSearch for your phone browser, iPad or iPhone Google app, Android app, tablet, or Android TV.
For step-by-step instructions for setting these settings and more information about them, find the “Help” section on the left-hand side. Then “Turn SafeSearch on or off”.
On this page, you can learn more about how SafeSearch works, how to keep it locked, and how to troubleshoot.
In addition to SafeSearch it is important to teach your kids how to determine what websites are good reliable sources.
For further information regarding Internet and app safety, check out our other videos and subscribe to our YouTube channel.
at 8:11 PM No comments:

5 Social Media Musts for Teens (and I say, Everyone including adults)


5 Social Media Musts for Teens
Teens today are spending a lot of time on social media. They're checking their friends' status updates, posting their own, IM-ing, video chatting, sharing photos and more.
Posted by Common Sense Media on Friday, August 14, 2015

At Symonds Elementary, teachers use morning meetings to develop valuable social-emotional skills, create a culture of respect and trust, and prepare students to learn.
at 10:04 PM No comments: