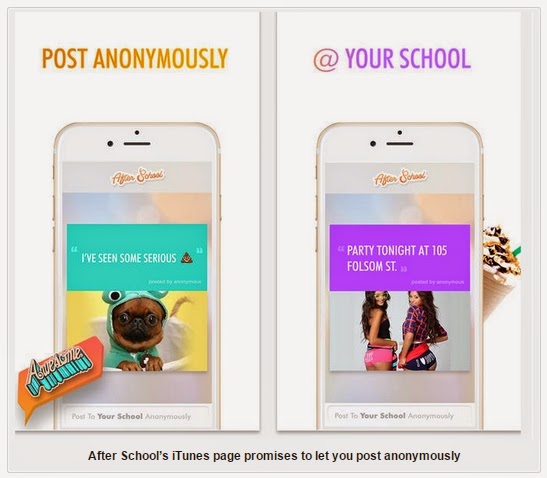 A growing number of apps allow people to post anonymously. Some of the better known ones include Ask.fm, Whisper, Secret and Yik Yak but there are new ones all the time, including After School, that’s been downloaded more than 100,000 times including by students from more than 14,000 U.S. high schools, according to Recode.net.

As Recode pointed out, After School’s seven-person staff can’t possibly police all of the posts on this growing service, though the company says it does employ software to look for particularly alarming words like “kill,” “cut” and “bomb.” As TechCrunch reported, the app has been associated with numerous bullying incidents.